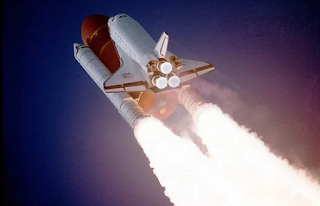 In my 72 years, the only America I’ve ever known has been an imperfect America.  But, it has also been the least imperfect nation on earth across all of those years.  So, the America which I have seen, and which is portrayed in our history books, is not a perfect nation, but a maturing nation.  Indeed, America has clearly demonstrated her willingness to grow beyond previous mistakes to a better national condition.  For that reason, I still find it very easy to deeply love, respect, and admire this somewhat “warted” ideal that is America.

Unlike some in our more naïve generations, I do not require a new American penance which insists on reaching far back into our history to cleanse our national soul.  Rather, I more reasonably require that the nation merely presently exhibit an orderly and systemic responsiveness to its own higher good.  And since, except in the unhinged minds of our more radical citizens, that is, indeed, the case, I remain devoted to this nation and her traditional pursuits:  Personal Freedom, Personal Prosperity, and Personal Goodness.

Before these times, those simple pursuits were considered noble.  It was largely unheard of that Americans would willingly embrace an idea where government was to become our daily and detailed overlord.  Rather, the typical American intent was to remain as free of government interference as possible in our personal pursuit of happiness.

Nor have Americans previously been intimidated, shrinking from the competitive nature of Capitalism.  Rather, they typically chased its broadly available treasures.  And, history proves that vastly more often than not, they won them.

And traditionally, Americans have always, ultimately, embraced the right thing – moved by the reality that it actually was that.  It is only very recently that we have fallen so far as to allow the pretentious and angry cursing’s of violent street mobs to stand as a thoughtful conscience.

Freedom, Prosperity, Goodness – a nation doesn’t bring such noble aspirations to its citizens.  Its citizens bring them to the nation.  But, in these troubled times, too many American citizens no longer traffic in such treasure.  May God help us.
Posted by Larry Burnett at 7:10 PM