The Mindset of Dr. Bull 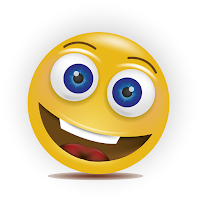 Recently, I watched a TV episode of “Bull.” That’s the name of the show, not a disparaging description of TV programming.

In this episode, the main character, Dr. Jason Bull, flippantly admitted to a priest that he knew full well that he (Bull) was going to Hell.  I’ve also heard this same flippancy employed by other people - as if Hell is "no big deal."

But, think about it.  If there is a Hell, it is actually the absolute biggest deal for human beings.

I suppose most who approach the subject of Hell in this careless way, must simply think that Christians have it wrong - that there is no such place as Hell.  Or perhaps, they think that Hell is not really as devastating as described.  In such cases, then, people don’t have to think so seriously about the divine judgement.

But, if there is a Hell, surely that judgement moment then takes on infinitely more import.  Indeed, if Hell lies just beyond the moment of divine judgement, even the most flippant among us would quickly become completely terrified by their sudden realization that they had now arrived at this infamous "Moment of Too Late."

And, no doubt, with this awareness would come the most crushing fear. And many, if not all, would absolutely crumple under the weight of this instant and seismic shift in their perception of reality.

And yet, if the Christians have it right, no amount of regret or tearful pleading can defer the next moment – the first moment of suffering in that place called Hell. And, after a thousand years have passed, if Christians have it right, that agony will still be exactly the same.  And, after ten thousand years have passed, still the suffering will not have abated in the least.

And, even after a million years, still the Christian Bible teaches that life in Hell will always be as it always was. Thus, if there is a Hell, the pain of that place is one thing.  But, coupled to eternity, that pain becomes the most horrific thing which could possible befall the human soul.

But, maybe the Christians have it wrong.  These days, many seem to think so.  And I’m sure this conclusion has come only after a very intense and careful pursuit of the truth regarding humanity's larger existence.

So, I guess, for now, we’re merely left with that old adage, “Only time will tell.”  And certainly, we can all agree on at least that much.  Indeed, eventually, we will all know with absolute certainty whether Hell is a serious reality or a laughable fallacy.

Nevertheless, it would seem that many have already made up their minds.  And, so they simply choose to dance flippantly on, in the mindset of Dr. Bull.
Posted by Larry Burnett at 8:20 PM