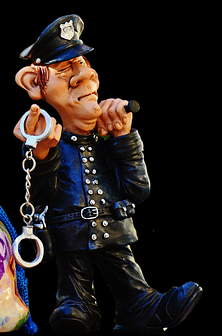 A few years ago my oldest daughter called me with a problem. She and her husband, starting to fix up their first home in a distant city, had a ceiling fan to hang in a room with a very high ceiling. However, they did not understand how to connect the wires of the fan to the wires in the ceiling - all while standing atop a very tall step ladder and holding the weighty and cumbersome fan. Thus, while hubby was at work, daughter called dad, whom she knew to be fairly knowledgeable in all things “ceiling fan.”

After Sarah described the fan to me, I told her that the best way for that particular fan was to simply support the fan with a piece of heavy wire (I suggested a metal coat hanger) through the mounting bracket. I explained that, while the fan was hanging by the coat hanger, Joal (hubby) could then connect the electrical wires, with both hands free. Then it would be easy to simply remove the coat hanger and lift the connected fan into the supporting bracket.

Sarah was duly impressed. Then she had another idea… Joal didn’t know, as yet, about Sarah’s phone call to me. So, her shrewd impulse was, “Why should I bother him with unimportant details.” So, she didn’t.

That afternoon, Joal came home and began preparing to install the ceiling fan. He set up the ladder and started for the top with the fan, apparently hoping for some mechanical revelation as he neared the top. However, none was forthcoming.

So, as he stood atop the ladder, in no small quandary, Sarah then offered a suggestion. She said, “What if we get a piece of wire, maybe a coat hanger, and hook it through that little hole on the mounting bracket and then attach it to the fan base and that will hold the fan up while you connect the electrical wires.”

Sarah later reported that Joal was dumbfounded. Her description: “The look on his face fairly screamed, ‘You’re not supposed to know that! How could you possibly have figured that out before I did?’”

For a short while, Sarah simply soaked up the awe and the new level of respect that she was now receiving from her husband. But, eventually, she did “fess up” to what she had done. No doubt all of this was a truly “cementing” episode in their marriage.  And, I'm pretty sure (at least, from Joal’s point of view) one never to be mentioned again (except here, for the whole world to read.)

Now, one lesson in all of this is very obvious: Wives, no matter their age or the age of the marriage, are very, very sneaky, and never to be entirely trusted when it comes to the male ego. But, that lesson is for another article. There is really a much broader and more important lesson that we can learn from this little story.

It starts with this idea. (Now hold on, we’re going to make a pretty tight turn here.  But, we are coming back to this very spot.) Grace, a supremely important term in our redemptive vocabulary, has gotten a bit of a bum rap over the last few decades. Pop-preaching in the modern Church has actually altered the original and true meaning of the term in many people’s minds.

Now, the popular understanding of Grace has largely come to be, “Unmerited Favor.”  Then, this pop-definition of Grace is often used as a basis to opt out of a real and truly meaningful investment level in our relationship with Christ. Thus, instead of being understood as the believer empowering thing that it truly is, Grace is, instead, seen to be the exact opposite: a kind of “New Testament Free Pass” for continued bad behavior.

The dictionary (choose any one you like) simply defines Grace as an innate, or naturally occurring, goodness. And that is exactly the way the word is used throughout the New Testament. So here is the short version of the true story and nature of redemptive Grace.

We first understand Grace to be the natural goodness in the character of God. It is this aspect of God’s nature which first prompted and ultimately designed the redemptive plan for fallen mankind. It was God’s grace, His natural inclination to do good, which caused and defined His response to humanity’s need.

What we often don’t understand about grace at first is that, through our Spiritual Baptism into the Living Christ, this divine goodness ultimately comes to be a part of the believer’s nature also. As a part of this literal merger of the human nature with the divine nature, we begin to share in the character essence of Christ. And happily, this character infusion from the Savior includes His gracefulness - His naturally occurring goodness. And so, through Christ, a natural goodness also becomes part of the character of the believer.

And this new basic instinct, which is entirely founded in the indwelling Spirit of Christ, changes everything. Instead of the wayward drives of the old nature, the believer is now driven by this new, Christ-based instinct for goodness. And this enables and establishes a whole new form of daily personal government.

This Government of Grace is a much more natural and intuitive, heart based, government. And this new heart government is diametrically different from the former, awkward and completely unnatural discipline which struggled to conform to External Laws.

The law forced humanity to behave against our basic wayward inner inclinations. But now, in Christ, grace allows the believer to experience goodness as a part of his or her own corrected instincts and desires.  Obviously, this changes everything.  Obviously, this is a whole new and much better way to experience life and a relationship with God.

Under Grace, the old incorrigible waywardness simply melts away as Christ establishes his innate goodness in our inner person. Thus, we experience a new peace and closeness in our relationship with God based in this shared “essential goodness.” And it is all entirely the product of the Living Christ living within the believer.

Now, let’s get back to the ceiling fan story (almost forgot about that didn’t you?). Indeed, it gives a neat perspective on the true process and nature of Grace. Let’s begin from Joal’s point of view.

From Joal’s point of view, atop that tall ladder, it appeared that Sarah suddenly developed a keen sense of “ceiling fan know-how.” But, in fact, that know-how did not originate with Sarah. It originated with me. She simply borrowed it from me; and it then became hers – especially as far as her perplexed husband could tell.

To casual observers, the process looks exactly like Sarah’s sudden acquired “ceiling fan know-how.” And they, like Joal, are usually left scratching their head and wondering where this “new us” came from. But, in fact, this new “life know-how” is just the divine sense of goodness, which we borrowed from the nature of Jesus.

The pop-preachers and the casual religious culture which they cater to will no doubt continue to hold to the idea of “unmerited favor” as their working definition of grace. And it’s all but certain that many will continue to use that definition as an excuse to under invest, or even opt out altogether, on a truly vital relationship with God. But, that is just what pop-preachers and the pop-religion people do.

However, serious believers are destined for the real impact of the Living Christ. They are destined to know that graceful transfer which entirely enables an easy and natural heart government in our lives and thus brings us into a perfect harmony with the heart of God.

To experience Grace as a kind of intuitive inner goodness provided to the believer by the indwelling Christ is the life transforming reality of true, New Testament faith. The illusion of Grace as a  “Free Pass” to religious LaLa Land is nothing more than that – an illusion.


"... by which have been given to us exceedingly great and precious promises, that through these you may be partakers of the divine nature, having escaped the corruption that is in the world through lust." - The Apostle, Peter